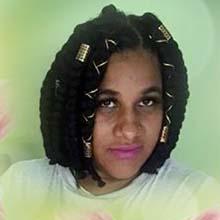 It is with heavy hearts we announce the death of our dearly beloved Merlin Lucy Gyan better known as Afie of Fond Benier, Soufriere. She passed away at her residence on Tuesday, July 19th, 2022 at 12:29 p.m. She was 34 years old.

Mernett Mathieu a student of C.A.R.E in Soufriere

Merkai Mathieu a student of C.A.R.E in Soufriere

Jeremiah Gyan a Baker of Soufriere

Her Sister in law:

Ann Marie Melius and family of Soufriere and Canada

Lera Gyan and family of Soufriere

Children of the late Lucia Gyan of Tortola, BVI

Children of the late Harry Gyan of Soufriere

Children of the late Lawerence Gyan of River Doree, Choiseul

Flavius Andrew also known as Chichi and family of Bexon

Adjodah family of Soufriere and Dennery

Augier family of Choiseul and Vieux-Fort

Decembre family of Soufriere and Augier

The funeral service of the late Merlin Lucy Gyan better known as Afie of Fond Benier, Soufriere will be held at the Our Lady of the Assumption Catholic Church in Soufriere on Wednesday, August 17th, 2022 at 2:00 p.m. then her body will be laid to rest at the La Tourney, Cemetery.