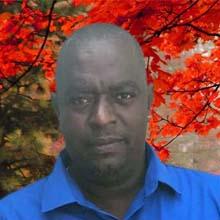 We never wanted memories, we only wanted you.

A million times we needed you,

If love alone could have saved you,

You never would have died.

It is with deep sadness we announce the passing of our beloved Aidan Cooper also known as Sherman or She-she of Anse Ger, Desruisseaux who passed away at the St Jude Hospital on Friday, June 24th, 2022 at 11:16 p.m. He was 43 years.

Sadia Baptiste residing in the UK

Jadia Baptiste residing in the UK

Calton Baptiste, Engineer with Bedford-Shire council, residing in the UK

Orchran Baptiste, Mechanical Technician at Man Truck and Bus, residing in the UK

The Celestine family residing in Anse-Ger

The Baptiste family residing in Anse-Ger, Ti Rocher and England

The Biscette family residing in Micoud

Candice Paul residing in the UK

The communities of Anse Ger, Desruisseaux and Blanchard

Many other family members and friends both abroad and in St. Lucia too numerous to mention

The funeral service of the late Aidan Cooper also known as Sherman or She-she will be held at the Agape Seventh Day Adventist Church, Desruisseaux on Wednesday, July 27th, 2022 at 2:00 p.m. His body will be interred at the Desruisseaux Cemetery.