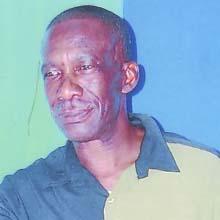 He was pre-deceased by;

Marie Jean Joseph of Choiseul but resided in Barbados

His Cousins and adopted siblings:

Agatha Cherubin and family of Holland

Vibiana Compton and family of Micoud

Ida Francise and family of Desruisseaux

Tanisha Joseph, all of Barbados

Josephine and Macwayne Bastien and family

Georgiana Joseph and family of Barbados

Agnent Mitchel and family of Chicago

The Bastien family of Desruisseaux

The kind neighbours of Ravine Poisson especially Dale Emmanuel and

The funeral service of Richard Joseph better known as Patrick will be held at Rambally’s Chapel, Calvary road, Castries on Thursday, June 9, 2022 at 10:00 a.m. and the body will be laid to rest at the Choc Cemetery.