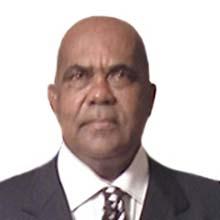 With heartfelt sadness, the family of Donald Chastanet Rambally-Montia of Bexon who resided in Atlanta, Georgia United States, regret to inform of the passing of our beloved husband, father, grandfather, brother, great-grandfather, uncle, and cousin who transitioned on April 23, 2022.

He leaves behind to cherish his memory and continue his legacy:

David Montia of Atlanta, Georgia and

Vernon Momrell of Orlando, Florida and

He also leaves behind:

The entire Rambally family including:

A host of Nieces, nephews, cousins and special friends too numerous to mention all over the United States, Canada, United Kingdom and the Caribbean

Church at Ravine Poisson on Sunday, May 29, 2022. Viewing will begin at 11:0 0 a.m. and the Homegoing service will commence at noon. The interment will follow immediately at the Rambally Family Cemetery.

The family conveys appreciation to everyone who has reached out and supported them in any capacity during this difficult time of bereavement.

We will miss you Uncle Donald! Rest in Peace. We love you. :-(

Our deepest Condolences to Family and friends of our dear Uncle Donald. We will miss you. Rest in Peace. Tracy & Khael   :-(

I miss u so damn much dad R.I.P means return if possible so please come back to your son David

I love and miss u dad R.I.P return if possible

May God comfort you all - Donald’s wife, children and all relatives as you grieve the passing of your beloved Donald

To Sonia,Angie, Chris, Devon, David, Ashley and grand children my deepest condolences to the family. May God continue to comfort and help each one of you in the passing of a loving husband, brother,uncle  and brother-in-law. Beata, Junior, Keshi   and Irvyn. Rest In Peace.