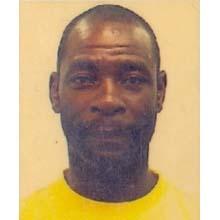 It is with profound sadness that we announce the passing of our beloved Eustus Eugene better known as Bads of Forestierre Castries but resided at Goodland Castries. He passed away on January 2nd, 2022. He was 52 years old.

Vivian Eugene also known as Kong all of Forestriere

Antonia Phillip all residing in the U.K

George Jean Louis also known as Berry both of Forestiere

Claudius Jn Louis also known as Papo both of Forestierre

The Prospere families all of Balata

The Eugene family of Forestierre and Marc

The funeral service for our beloved Eustus Eugene better known as Bads will take place at the Rambally's Chapel, Calvary Road, Cas-tries on January 26th, 2022 at 2:00 p.m.

May He Rest In Peace!