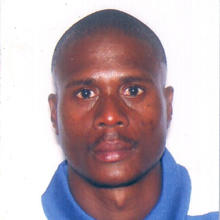 Our dear Elijah Earl Gary Mc. Gowan, affectionately known as Small Boy and Ti Tet, of Maynard Hill, passed away on Monday, September 6, 2021 at the age of 43 years.

Chelsie Julian residing in the USA

Cynthia Edward and family, all residing in the USA

Gasper and Francis Mc. Gowan and family, residing in the USA

Francis and Vincent Edward and family, residing in the USA

David Crafton and family residing in the USA

The Doctors, Nurses and Staff of the Mental Wellness Center as well as many other friends and family both here and abroad too numerous to mention

The funeral service for our dear Eljah Earl Gary Mc. Gowan, affectionately known as Small Boy and Ti Tet, Will be conducted at Rambally’s Chapel, Calvary Road, Castries and his body will be laid to rest at the Choc Cemetery.