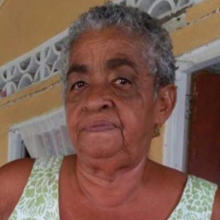 With heavy hearts, we regret to announce the death of our beloved Dorothy Anthony also known as Tanty who passed away on Thursday, September 2nd, 2021. She was 78 years old.

The funeral arrangement for the late Dorothy Anthony also known as Tanty will be announced in a subsequent broadcast.

May Her Soul Rest In Peace!