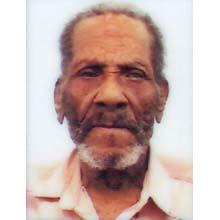 We the Noel, Emmanuel and Vitalis families regret to announce the death of Victor Noel, better known as Jeffrey and Free-speed, of Jetrine who resided at Mon Doudon, passed away at the Victoria Hospital on Monday, August 31, 2020 at 10:00 a.m. He was 91 years old.

John Emmanuel from La Clery and

Maxentinus Raoul also known as Mark who resides in the US

Rhonda Mitchell and family residing in the US

Virgin Modeste and family of Jetrine

Shirley Ann Noel residing in the US

Quinn Gideon and family residing in the US

Alissa Gideon Sarte and family residing in the US

Candace Bilak and family residing in the US

Kena and Chanz Gideon of the US

Aubrey Bilak of the US

Robert Vitalis and families of Mon Doudon and the US

His friends and caretakers

The funeral service for the late Victor Noel, better known as Jeffrey, will be held at Rambally’s Chapel, Calvary Road, Castries on Friday, September 18, 2020 at 2:00 p.m., and then his body will be laid to rest at the Choc Cemetery.

Please note that protocols due to COVID-19 must be observed. 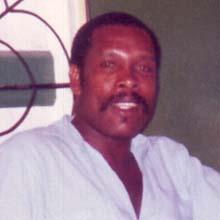