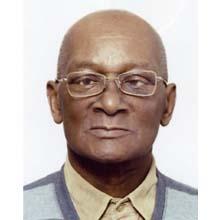 We regret to announce the death of Mr. Antoine Baptiste of L'Abayee Crowns Lands in Castries, Saint Lucia. He passed away peacefully at his home in London in the presence of his wife Leonie and grand nephew Damian. He was 80 years old.

Left to Mourn His Loss:

His Children of Saint Lucia, Martinique, United Kingdom and the United States. Sylvester of Martinique

Joanne of the United

Lynn of the United Kingdom

His Extended Family of;

Juliana of Georgia and their children and Grandchildren.

All his Cousins in the United Kingdom

The Nervais Family of The Morne in Castries

The Ramine Family of Micoud

The Rigobert Family in Micoud and the United States

The Baptiste Family in Alberta Canada

The body of the late Antoine Baptiste was Cremated in London on July 17th,2020.

May He Continue to Rest In Perfect Peace!