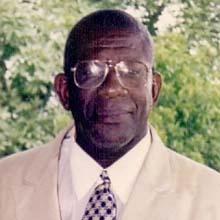 It is with immense sadness that we announce the passing of the beloved, Michel Romulus also known as Joe, Joe Tex, or Tex of Morne Du Don, Castries. Retired Taxi Driver of TX 429 He passed away at his residence on Friday, June 19th, 2020 at 2:00pm. He was 77 years old.

Left to celebrate his life are;

His Loving Wife and Caretaker:

Thecla Denbow a teacher at the Bocage Combined School

Frances Sony and family of Barbados

Lucy Joseph and family of Marigot

Valencia Prince and family of Barbados

Joyce Louisy and family of Marigot

Robert Sony and family of England

Edison Son and family of Texas

Ruben Prince and family of Marigot

Prisca Augustin and family of Vieux-Fort

Natalie Hermies and family of Trinidad and Tobago

Children of his deceased sister Mauricia in St.Lucia and Barbados

Also Left To Celebrate His Life:

Children of his deceased brother-in-law Conrad Denbow in England

Venora and family of Garrand, Babonneau

His Neighbours of Morne Du Don

Many Other Relatives too numerous to mention

The funeral service of the late, Michel Romulus also known as Joe, Joe Tex, or Tex will be held at the First Baptiste Church on Darling Road, Castries on Wednesday July 1st, 2020 at 1:00p.m. His body will be interred at the Garrand Cemetery in Babonneau.

May His Soul Rest In Perfect Peace

Deepest sympathy to the family of Michel Romulus . "He will swallow up death forever And the Sovereign Lord Jehovah will wipe away the tears from all faces " May these words bring comfort and peace now and in the days to come Isaiah 25:8