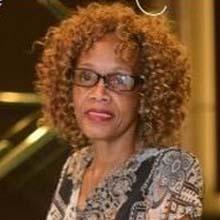 We regret to announce the death of a loving and caring mother, sister and friend Theodora James also known as Tee, who passed away at the Woodhull Hospital, Brooklyn New York, USA, on the 13th June 2020.

Theodore Balckett also known as Teddy and his Wife

Many Nieces and Nephews both here and aboard

Many other family and friends both here and aboard too numerous to mention.

The funeral service for the late Theodora James also known Tee, will be held on Wednesday 24th June, 2020 at the Caribe Funeral home Brooklyn, New York at 4:00.p.m.

Deepest condolences to the James family on the loss of  Theodora may our Heavenly Father the God of comfort be with you to strengthen, comfort and sustain you in this difficult time Do not be afraid for I am with you. Do not be anxious for I am your God. I will fortify you, yes,I will help you Isaiah 41:10