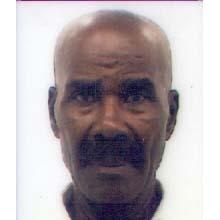 It is with profound sadness that we announce the passing of Albert Austinie also known as Jeemeau originally from Choiseul but resided at Bagatelle, Castries, who passed away Sunday 21st May, 2020.

Martin Dwain Peter employee of The Bank of Saint Lucia

His Twin Brother: Hubert Austinie of the USA

Mary Felix of the USA

Peter and Pierre Family of Fiette and Martin

Church Members of Streams of Power

Members of the Bagatelle Community

The Funeral Service for the late Albert Austinie also known as Jeemeau well be held at the Choiseul Roman Catholic Church on Thursday, June 18,2020 at 3:30 p.m. The body will then be laid to rest at the Choiseul Cemetery.