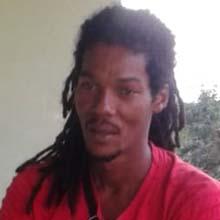 With heartfelt sorrow, we announce the death of Adrian Linus Fontenelle better known as Barb, Karyal or Man Sprank of Grace, Vieux Fort who passed away tragically on Sunday, June 7th, 2020. He was 41 years.

He was pre deceased by his Mother:

Johan Jacob, both residing in Canada

Jadar John, all residing in Martinique

Leisha Fontenelle residing in New York, who was also his godmother

Lias, Christal and Orlane Fontenelle, all residing in France

Thias and Jayween Adamis of Martinique

Mylan and Nelly Fontenelle of France

Nadine Clercin and family of Grace, EMT at Okeu Hospital

Charlene Clercin and family residing in the UK

Max Clercin and family residing in the UK

Cheryl Laurent and family of Corinth

Thomas Francois and family of Martinique

Lana Fontenelle, all of Gadette, Dennery

Christal Joseph and family of Canada

Other Close Friend Including:

Guys on the block

Herbalis and family of Grace

Nadine Adamis and family of Matinique

The John family of Choiseul and abroad

The Fontenelle family both here and abroad

The Isidore family both here and abroad

The Chaddie family of Belle Vue, Cacoa, and Fond Coolie

The Hutchinson family of Dierre Morne

The funeral service of the late Adrian Linus Fontenelle better known as Barb, Karyal or Man Sprank will be held at the Born Again Revival Tabernacle, St. Jude’s Highway, Vieux Fort on Wednesday, July 1st, 2020 at 2:00 p.m. His body will be laid to rest at the La Tourney Cemetery.

Refreshments will be served at Rambally’s Reception area after the funeral service.

Please note: Persons attending the funeral service are kindly asked to acknowledge and practice all COVID-19 protocols; wearing of mask and social distancing. Thank you for your kind co-operation and understanding.