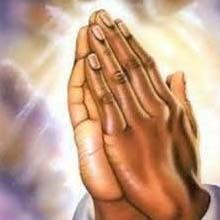 We regret to announce the death of Anthony Collins Obeius, a resident of Bois Patat, Castries, who passed away on Sunday 23rd May, 2020 at the age of 66 years old.

His Brother in Law:

Keisha Phillip All residing in the USA

Funeral of the Late Anthony Collins Obeius will be held at the Rambally’s Chapel on Wednesday 10th June, 2020 at 2:00 p.m. The body will then be laid to rest at the Choc Cemetery

May He Rest In Peace