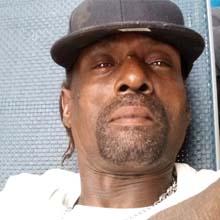 It is with great sadness that we announce the passing of our dearly beloved Paul Nelburt Dormant also known as Deadly or Mister of Pierrot, Vieux Fort who passed away tragically on Tuesday, June 2nd, 2020 at approximately 2:15 p.m. He was 50 years.

Tara Dormant, all of La Tourney

Germoine Dormant and family of Grace

Miguel Dormant, both of Aupicon

Marcelin and family of La Ressource

Doreen and family of Belle Vue

Shirley Ashdale, both of Grace

Steve Evans and family, both of Rockhall

The Barley Family of the USA

The Harrow family of Vieux Fort

The George family of Vieux Fort

The Dormant family of Vieux Fort

The Simeon and Smith family of Laborie and Banse

The Ashdale family of Grace

The funeral service of the late Paul Nelburt Dormant also known as Deadly or Mister will be held at Our Lady of the Assumption Catholic Church, Vieux Fort on Wednesday, July 1st, 2020 at 3:00 p.m. The body will be interred at the Vieux Fort Cemetery.

May he rest in peace