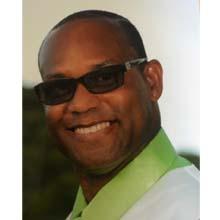 We regret to announce the death of our beloved husband, father, brother, uncle, son and friend Francis Jules, affectionately known as Fano formerly of Active Hill, La Clery but resided at Union Hill Top, who passed away at the OKEU Hospital on Sunday, May 31, 2020 at the age of 50 years. He was employed as an Assistant Bar Manager at the Rendezvous, Hotel.

Demetrius Francis and family of Bexon

Melissa Francis and family of Pavee

Nigel Fontenelle and family residing in the USA

Theresa Jules better known as Celia and family of Degazon

Evans Jules better known as Sony and family of Degazon

Emmanuel Jules and family of Degazon

The management and staff of Rendezvous Hotel

The Francis family of Choiseul, Saltibus and Castries

The Theodore family of Choiseul

The Mathurin family of Plateau, Grande Riviere and Marigot

Other relatives and friends here and abroad

The funeral service for our beloved, Francis Jules, affectionately known as Fano, will be held at the St. Joseph The Worker Church, Gros-Islet on Monday, June 22, 2020 at 2:30 p.m., and then his body will be laid to rest at the Gros-Islet Cemetery.

Well-wishers are kindly asked to adhere to church protocol in keeping with social distancing, wearing of masks and hand sanitizing due to Covid-19.

May He Rest In Perfect Peace!

My deepest sympathy to the family of Francis Jules may our Heavenly Father the God of comfort be with you in this difficult time. May you also be comforted in knowing that those who passed in death God keeps in his memory because they are precious in his eyes Psalms 116:15.