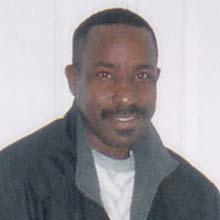 With deep sadness we announce the death of our beloved Patrick Gedeon also known as Apollo or Pato of Grace, Vieux Fort who passed away at the St. Jude Hospital on Tuesday, May 5th, 2020. He was 49 years old.

He was pre-deceased by his father:

Jeremiah Auguste of the US

Francios also known as Boog Fou and family of Martinique

Aunts and Uncles including:

Many friends and relatives including:

Mary Paul, all of Grace

The Gedeon, Smith, Simon, Richard and Thomas families of Saltibus and Piaye

Many other relatives, friends and acquaintances both here and abroad too numerous to mention

The funeral service of the late Patrick Gedeon also known as Apollo or Pato will be held on Friday, June 5th, 2020 at Rambally’s Chapel, La Tourney, Vieux Fort at 2:00 p.m. The body will then be laid to rest at the La Tourney Public Cemetery.

The family would like the public to acknowledge, follow and practice  all protocols due to Covid 19 and would like to thank all well wishers for their support but would like to mourn in private following the funeral service.

May his soul rest in Perfect Peace.