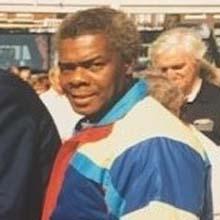 It is with heavy hearts that we announce the death of Albert Sealise also known as Joshua Josh or Dou who resided in Plaistow London United Kingdom, who passed away on Tuesday 7th April 2020 at the Atholl House Nursing Home Wolverhampton United Kingdom at 11.25pm. He was 85 years old.

10 Nieces and 16 Nephews Including:

Eyan Cealise of Morne Cayenne All residing in the United Kingdom

His 14 Great Grandchildren Including:

Jason Davy and Family of

Florentina Enache, who cared for Albert in the last months of his life.

Many other friends both here and abroad too numerous to mention

The Funeral service of the late Albert Sealise will be held on Wednesday the 27thof May 2020 at Bushbury Crematorium Wolverhampton at 1:45 pm. The body will then be cremated

May he rest in peace.