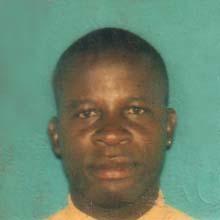 A life so glamorously lived deserves to be beautifully remembered. Please join us to mourn the passing of our beloved, Michael Annius, affectionately known as Chase or Cock-fere, originally from Cafeille Choiseul, longtime resident of Odsan; however at the time of his passing he resided at Bois Patat, Morne DuDon. He departed this life on May 17, 2020 at 4:52 p.m. at the OKEU Hospital at the age of 65 years. He was a former employee of Beverly Chase and Associates and T & T Produce.

He was predeceased by;

Richey Joseph residing in the USA

Nicholas Melius and family residing in the USA

Mother of his children:

The funeral service for the late Michael Annius, better known as Chase or Cock-fer, will be held at Rambally’s Chapel, Calvary Road, Castries on Friday, June 19, 2020 at 2:00 p.m., and then his body will be laid to rest at the Choc Cemetery.

The family would like to mourn in private after the funeral service.

May his soul rest in peace!