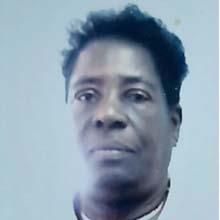 We regret to announce the death of Mary Magdalene Joseph better known as Ucella, an employee of The Harbor Club Hotel Resort who passed away on Friday, 15th May at 12:30 a.m. at her son's residence at Agard, Morne Du Don. She was 64 years old.

Other nieces too numerous to mention

Other nephews too numerous to mention

Special mention of everyone who assisted during her illness

Other family and friends too numerous to mention

The funeral service of the late Mary Magdalene Joseph also known as Ucella will be held on Friday, 5th June 2020 at 10am at The Rambally Funeral Palour, Chapel, Calvary Road, Castries.

May She Rest In Peace