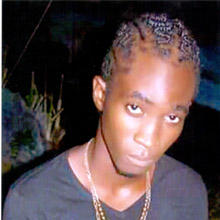 It is with profound sadness that we announce the death of a beloved Son, Brother, Nephew, Uncle, and Friend Benjamin Cyril, also known as Benji who resided at Bois-Patat, Castries. He departed this earth on February 18th, 2020. He was 22 years old.

Kory Rene, student of the Morn Do Don Combined

Annette and Family in Canada

Delia and Family in Guadeloupe

Chadis Inglis and Family of the Morne

And Many Other Friends

The funeral service of the late Benjamin Cyril also known as Benji will be held on Thursday, March 5th, 2020 at the Cathedral at 2:30 pm. The body will then be interred at the Choc Cemetery.

May His Soul Rest In Peace

May his soul rip 💔