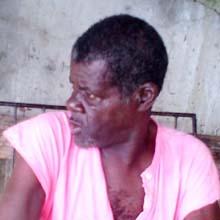 We wish to announce the passing of Peter Justin better known as Koolooush of Pierrot, Vieux-Fort. He passed away at the St. Jude Hospital on Sunday, February 16th, 2020 at approximately 7:00 p.m. He was 56 years old.

He was the son of the late Lucille James of Pierrot, Vieux-Fort

The Children of his late Sisters;

Nancy Robinson and their families

Unita Sealys and their families

Marcellus Cyliste also known as Collins of Vigier and family

Ambrose Sealys also known as Arwella of Pierrot and family

The children of the late:

Duncan Sealys of both Pierrot and Castries and their family

The Children of the late Evalina Elliot of Zabo

The Nurses and Staff of St. Jude Hospital

The entire community of Pierrot

Many other family and friends too numerous to mention

The funeral service of the late Peter Justin better known as Koolooush will be held at Rambally’s Funeral Parlour on Sunday, March 1st, 2020 at 2:30 p.m. then the body will be laid to rest at the La Tourney Cemetery.

May his soul rest in perfect peace.