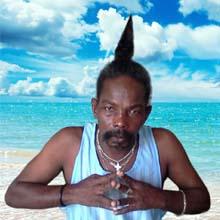 We are saddened to announce the death of our beloved Cyril Henry also known as Gandy of Bruce Ville, Vieux Fort who passed away at the St. Jude Hospital on Saturday, September 28th, 2019. He was 53 years.

The Children of his deceased sister; Pascalina Henry and their family

Many friends and families too numerous to mention including:

The Department of Environmental Health in Castries, Vieux-Fort and Soufriere

The funeral service of the late Cyril Henry also known as Gandy will be held at Our Lady of the Assumption Catholic Church, Vieux Fort on Wednesday, October 16th, 2019 at 3:00 p.m. The body will be laid to rest at the Vieux Fort Catholic Cemetery.

The family would like to inform persons attending the service to wear a touch of Royal Blue, furthermore they would also like to thank everyone for their support during their time of bereavement but would like to mourn in private after the burial of their loved one.