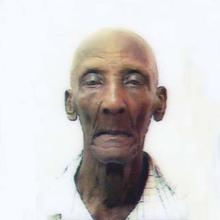 It is with deep sadness we announce the passing of our dearly beloved Joseph Vigier affectionately known as Donald or Papo of Derriere Morne, Vieux-Fort. He passed away at his residence on Saturday 8th September, 2019 at the age of 94 years.

He was pre-decease by his common-law wife;

Left to mourn are his 5 children:

Cita Griffith of Derriere Morne, who was his caretaker

Lucille Rose also known as Lucell and family of the USA

Clarissa Brown and family of the USA

Hildrif Vigier also known as Pickette and family of Texas

Stephen Isidore and family of the USA

Many Nieces and Nephews both here and abroad

The Isidore family of Grace and Vieux-Fort

The Vigier family of Grace and Belle-Vue

The King family of Grace

The Fontenelle family of Grace

The funeral service for the late Joseph Vigier affectionately known as Donald or Papo will take place on Wednesday, 25th September, 2019 at the Derriere Morne Catholic Church at 3:00 pm. Then the body will be interred at the La Tourney Cemetery.