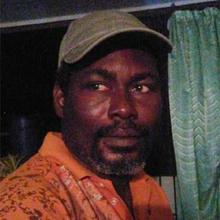 It is with deeply saddened hearts that we announce the death of our beloved son, brother, father, uncle, cousin and close friend Adrian James better known as Jarbay, Cat or Super Cat of Anse Ger, who passed away at the St. Jude Hospital on September 1st, 2019 at approximately 4:40 p.m. at the age of 47 years.

He was employed with the Ministry of Education as a watchman at the Anse Ger Secondary School and Desruisseaux Combined School.

He was pre-deceased by his mother:

Veronica James and family of Anse-Ger and the U.S.A

Edith Samuel and family of Anse-Ger

Agnes James and family of Anse-Ger and the U.S.A

Patrick James and family of Dugard and Canada

The Smith family of Anse-Ger

The Fevrier family of Mon Repos and Dennery

The James family of Anse-Ger

The Monrose family of Ti Rocher and Vieux Fort

The Emmanuel family of Anse-Ger and Mon Repos

The Charles family of Anse-Ger

Many other relatives, friends, acquaintances too numerous to mention

The funeral service for the late Adrian James better known as Jarbay, Cat or Super Cat will be held at the Holy Cross Catholic Church, Desruisseaux on Saturday, September 28, 2019 at 2:00 pm and then the body will be laid to rest at the Desruisseaux Cemetery.