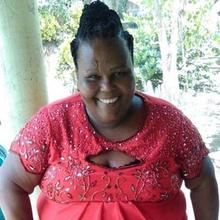 With deep sadness we announce the death of our beloved wife, mother and grandmother Mariella Melius also known as Marie or Fatty of Grace, Vieux Fort who passed away at the St. Jude Hospital on Monday, September 2nd, 2019. She was 47 years old.

Left to mourn her death are:

Lean Jean of Grace, employed with First Step in Black Bay as a care giver

Veronica Jean also known as Linda of Grace, who resides in Baltimore, Maryland

Marcus Jean of Grace, employed with Renwick and Company

Sylvanus Jean in the US Army, who is currently stationed in Germany

Sharon Pierre and her husband residing in New York

Her Nieces and Nephews:

Lucia Marcelle and family residing in St. Croix and the US

Calixte Charles and his family in La Resource, Vieux Fort

Marcellin Joseph and her husband Wilfred of Bois Patat

Lucita Melius of Castries and her family

The Francis and Pierre families of Marigot

The Donovan family of Millet

The Pastors of the sister Baptist Churches

Her fellow classmates of Standard 6 at the Plain View Combined School, class of 1987

Mervin Edwin all of Grace

Many other close friends and relatives too numerous to mention

The funeral service of our beloved Mariella Melius also known as Marie or Fatty will be held on Thursday, September 19th, 2019 at 3:00 p.m. at Rambally’s Chapel, La Tourney, Vieux Fort. The body will be laid to rest at the La Tourney Cemetery.

The family invites all well wishes to wear a touch of red as this was her favorite color.