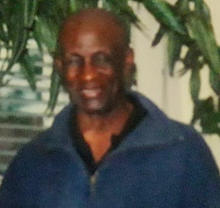 Peter Paul James Jackson better known as Jacquot of Ti Rocher, Castries passed away at the Victoria Hospital on Friday May 31, 2019 at 9:37 p.m. He was 87 years old.

The Baptiste, Mann and Jackson families

The funeral service for the late Peter Paul James Jackson, better known as Jacquot, will be held at the Sacred Heart Church, Marchand on Wednesday, June 19, 2019 at 2:00 p.m., and then his body will be laid to rest at the Choc cemetery.