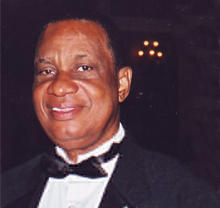 It is with great sadness that we announce the passing of Augustus “Gus” Edwin Justin, beloved husband, father, grandfather, brother, friend, businessman and Philanthropist. Mr. Justin passed away peacefully at his residence at Morne Fortune on Friday, the 24th of May, 2019. He was 86 years old. Mr. Justin dedicated his life to serving the poor and elderly of St. Lucia as founder and Managing Director of the Adelaide Homes, including the Adelaide and Frances Memorial Home for the Aged of Waterworks Road and the Johnson Memorial Home of lower Morne Road. Mr. Justin was previously founder and Managing Director of Lithographic Press St. Lucia Limited. May 24, 2019

He leaves to mourn:

His Beloved Wife of 42 years:

Yvette Nathaniel, Letitia Felix, and Frances Green and their families

Anthony and Norman trim and their families

Several Nephews and Nieces including:

Delphinus Rupert Edwin, Martina Edwin, and many other members of the Edwin family

Many Friend and Supporters including:

Mr. and Mrs. Gerry Benjamin of Antigua and Barbuda

Mr. and Mrs. Aloysius Stephen and many others who have supported him in his work and service to the people of St. Lucia

Also left to mourn are:

The Board, staff and residents of the Adelaide and Frances and Johnson Memorial Homes for the Elderly

Dr. Chandra Poddar as well as the nurses and staff of Tapion Hospital

The funeral service for the late Augustus “Gus” Edwin Justin will take place at the Basilica of the Immaculate Conception, Castries on Saturday June 1, 2019 at 2:30 p.m. The body will be interred at the Choc Cemetery. The body will be exposed for viewing at the Johnson Memorial Home before the funeral from 11:00 a.m.

In place of flowers, there will be a special collection at the funeral for the Adelaide Homes.

To the family of Mr. Augustus Justin,

May Our Father in Heaven, bless you all with peace and strength, as you celebrate the life and legacy of an amazing man, Mr. Justin.

A Father, who showered his children with love, laughter, and memories that will last them a lifetime.

A Friend, who always greeted you with a smile, a hug, and his unique way of laughing.

Be at peace, knowing that the Lord truly knew the name of the man called, Augustus Justin.

The Quamina and Peat family 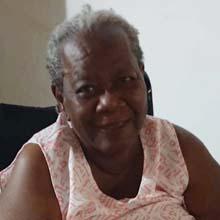